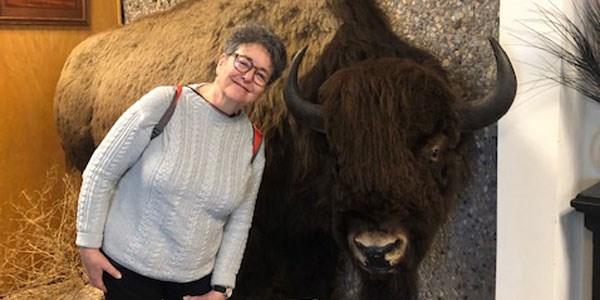 Making Friends as a Solo Traveler

My Road Scholar journey to Mt. Rushmore and the Black Hills of South Dakota was my first trip as a solo traveler, and I was fearful that no one would sit next to me or talk to me. I was like a little kid going to summer camp for the first time. I wasn’t sure how to make the first move, even though I’ve had more than six decades to practice it.

On the first day, as we went around the room doing introductions, a woman approached me and said, “Are you a Babs?”

I said, “I am tickled because only a few people in my life call me Babs, and they are my closest friends.”

And that was it … the spark that made Charle my friend. Our camaraderie only grew after that. We laughed at the same things and felt immediately comfortable chatting.

Friendship can make a trip more fun, relaxing, memorable and altogether enriching. I talked to my friend Charle and some other Road Scholars who met friends on programs to put together a recipe for making friends when going solo. Read on, enjoy and make new friends!

Mary Banks and Pat Lust didn’t know each other, but they were both interested in a “Journey to see the Northern Lights” in Churchill, Canada. It was 2016, the year of the presidential elections, and they shared a similar political sensibility. When they met on their Road Scholar program, they immediately hit it off and asked if they could be roommates.

Two years later, Mary was scheduled to travel to Croatia, when suddenly her husband backed out. She decided to go alone. “The day I signed up,” she said, “I got a call from Pat. I told her about the trip and Pat said, ‘Sure, when are we going?’” They were roommates once again and both treasure their memories of the adventure together.

Pat has become more and more interested in gardening and is planning to take the Gardens and Vineyards of New Zealand Road Scholar program, where she’ll see the flora and also meet people who share her passion. She says, “You have to keep on making new friends. You make friends through what you’re thinking and what you’re doing.”

Or … Substitute With Fascinating Differences

Although discovering someone with whom you have common interests is terrific, you may find that the people who you like the most are those who are completely different from you. When Charle and I met, we recognized our lives were very different. She was on her 20th Road Scholar trip, and I was on my first one. We came from opposite coasts — she is from Portland, Oregon, and I am from Jersey City, New Jersey. And we had different upbringings. She was raised on a farm, and I was a city girl. All we seemed to have in common was that we both left our husbands home. We were the ones who jumped at the chance to explore the world, even if it meant that we were solo group travelers. I also found it fascinating that she knows a lot about fish (catching them, anyways). I surely did not. As she said, “We have a lot to learn from each other.”

A Big Scoop of Humor

Most good friends find that they laugh at the same things. Sometimes that sense of humor can come in handy when the unexpected happens during your travels. It snowed for the first four of five days in South Dakota in May. We couldn’t see the Badlands out the window of the bus for the snow and were lashed by winds when we ventured out to see bison. “Laughing got us through a lot,” said Charle.

Sitting near someone for days on a bus, in a restaurant or in a shared room makes for conversation — and communication is at the root of all friendship. You are both blank slates, and you can discover what you share (or don’t), what you know (or don’t) and what you think (or don’t). Immediate bonds can form when you jump into unfamiliar situations. You often get to know people more quickly than if you were back home because you’re both on the same journey of discovery together.

A Dash of Serendipity

Friendship, like love, can be mysterious. I met a woman on a ferry in Hong Kong in the 1970s, with whom I traveled in Thailand. We live on opposite coasts and have followed each other’s travels and lives for 50 years. When we met, we had no idea that we would remain friends over the years and over the miles. This is one of the wonders of travel. Finding a friend often takes equal amounts of friendliness and serendipity.

As Mary says, “Be curious, be friendly, be open. That’s the way to do it. People respond.” She notes that on the Road Scholar programs she’s been on, “you switch tables and you’re eating with different people every time. You know all of them by the time the week is over.”

Of course, many travelers are not natural extroverts. Pat notes that she “tends to be a little on the shy side by nature.” But even when friendliness may not be innate, try to push yourself out of your comfort zone, walk up to somebody and just start talking! Road Scholars are some of the most welcoming people you’ll ever meet.

Who are Road Scholars? See for yourself →

You may initially think that someone you meet in your travels is not someone with whom you’d be friends. Try to keep talking and listening. Once you know more about a person and share daily stories, you may discover common interests.

Be a good listener

People who listen are at a premium. Listening with a whole heart is a wonderful quality in an acquaintance or a friend. After all, with all the people chatting away, someone has to listen!

Remember that you’re both starting from scratch

You are all in the same boat. No one knows anything about you and your life. If you are shy, take a leap and take the initiative.

You can be a solo traveler on a group tour and also meet new friends. As Pat says, “Road Scholar is the kind of organization where it is easy to be a solo traveler.” You have as much alone time as you want and need, plus a group of people with whom to talk! It’s the both of best worlds.

Pat also notes that “my friendship with Mary is rare.” She is right: Finding a true friend may not happen on every trip. It takes a leap of faith. But it may just happen when you least expect it, as it did with my pal Charle, who said, “I love the experience of learning — not just about the places I’m going but also the people I’m going with.”

Are you ready to whip up a new friendship on a group tour with Road Scholar?
Explore our learning adventures around the world →

About the Author
Barbara Winard has earned degrees in English literature, journalism, and, later in life, gerontology. Although for the past 25 years she was a senior editor and writer of online encyclopedia articles for children. She began her solo travels in college, and after returning from a long trip to Asia, wandered off the street and was hired by the Asia Society in New York City to produce films and print materials for adults and children about Asian culture. She was also a producer and writer for New York City’s public television station, WNET/13. She lives in Jersey City. 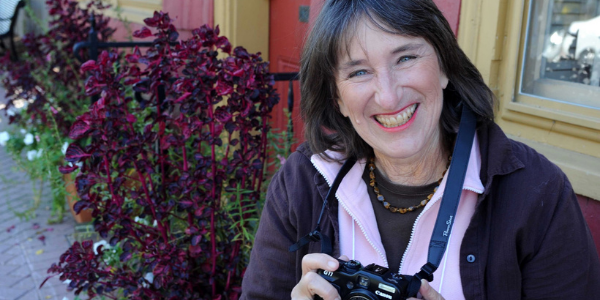 Travel in the Time of COVID 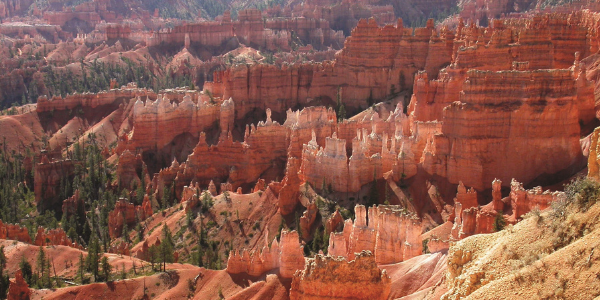 Where Do Road Scholars Want to Go When the World Opens Again? See Our Top 10 Most-Searched Locations 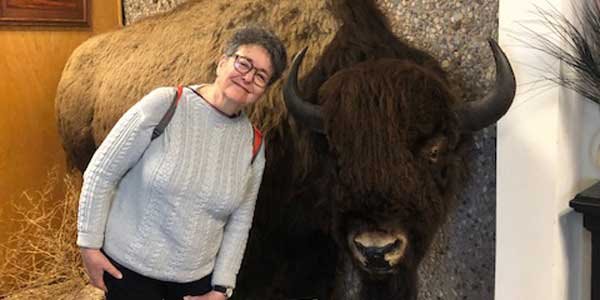