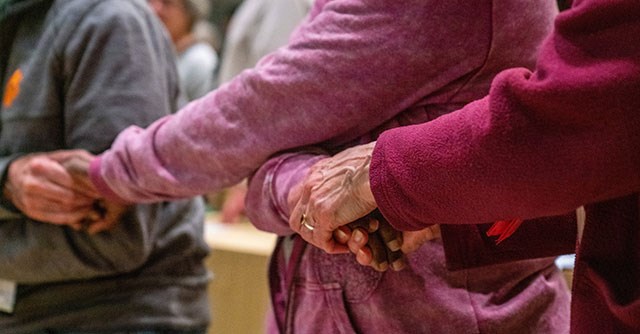 How a Road Scholar Program Changed a Widow’s Life

Let’s start at the very beginning.

Guy and Peggy met at Rock Creek Riding Stables. She, a student. He, an assistant riding instructor. Because Peggy was just 14 years old, Guy asked Peggy’s mother for permission to take her to a dinner dance.

Guy was Peggy’s first date and her first love. It was a love story not unlike other teenage love stories of the 1960s. A story you might imagine serenaded by a soundtrack by Sam Cooke or the Righteous Brothers. “We just fell in love with each other and stayed that way for 53 years,” said Peggy, matter-of-factly. “I can’t remember his proposing. We just knew. We felt like we’d found each other’s other half.”

The two wed in September 1967, and as they strolled down the street, hand in hand, a few weeks later, some familiar faces caught their eye. There, on a nearby newsstand, was a stack of TIME Magazines with a bride named Peggy and a groom named Guy on the cover — to the great surprise of the newlyweds.

So why did Peggy and Guy’s marriage make cover-story news? Peggy, the daughter of the U.S. Secretary of State Dean Rusk, was white. Guy happened to be black.

Peggy said she and Guy were intrinsically shy by nature and didn’t enjoy the attention the publicity brought. They didn’t think of themselves as trailblazers or activists. “It had nothing to do with our trying to break any barriers or anything,” said Peggy. “But it did push the issue out there. It brought publicity to it. It was a big issue for everyone else but not for us.”

After their photo appeared on the cover of TIME, Peggy and Guy started receiving thousands of letters from people all over the country. “It took us a year to sit down and read them all,” said Peggy. Of the thousands of letters, Peggy estimates that 75% of them were negative and 25% were positive.

Peggy and Guy endured the racist letters and read them all, from Xeroxed bible quotes to death threats. She says having a sense of humor about it was what got them through it. “We’d sit down with a glass of wine and laugh about them,” she said.

Peggy and Guy went on to have a very happy marriage and wonderful life together. They were married for 44 years and raised a daughter together. After Guy retired from the military, they both taught riding on their horse farm in Stafford, Virginia.

“We were so blessed to have a really wonderful life. We lived a very quiet life doing exactly what we wanted to do.”

Eight years ago, after a long illness caused by the effects of Agent Orange, Guy passed away. After an open-heart surgery and the tragic loss of her brother whom she loved dearly, Peggy fell into a depression. It was hard for her to get out of bed some days, and she lost interest in the community engagement and travel she loved. Then, as she was flipping through the pages of a Road Scholar catalog one day, she came across the Road Scholar Civil Rights Conference.

The Civil Rights Conference was Peggy’s 12th Road Scholar program, and it was the one that had the greatest impact on her. She said that her husband didn’t have the “typical black experience,” so she really had little exposure to racism for most of her life. And she didn’t know that much about the Civil Rights Movement of the 1960s. “The conference was overwhelming for me,” she said. “I was inspired, and I came back realizing how little I really knew about what it’s like to be a person of color in this country.”

Not only did the conference experience inspire her, but it also re-energized her and helped her put things into perspective. “It made me realize what a fabulous life I’ve had,” said Peggy. “Going to the conference energized me to get back home and become more active, and I have.”

Peggy said that the Road Scholar Civil Rights Conference provided an important lesson on history, but it was also a reminder of the importance of listening to and learning from those who are different than us. “Road Scholar encourages discussion and different viewpoints,” said Peggy. “And any time you have an exchange of ideas like this — if you listen to somebody that you disagree with enough, you’ll find one thing that you can agree on. And that’s a start.”

Peggy said that events like the Road Scholar Civil Rights Conference are an important step forward for equality and social justice. “It was an exploration into what America is all about — both what is good about us and what needs fixing. Along with what we need to learn more about. Only then can we make progress as a nation to meet our true goals that were put down in the Declaration of Independence and the Constitution.”

Hope for the Future

Peggy’s parents provided for her and her brothers examples of acceptance, anti-racism and anti-Semitism. When her mother realized that the local dance school wouldn’t accept Jewish students, she organized a ballroom dancing class at the public school, open to all. “They didn’t sit down and talk to us about it; they just showed us by example,” said Peggy. “My father visited Germany in the 1930s, where he saw the rise of fascism. His own experiences shaped his character, and they shaped us.”

Peggy didn’t see much racial diversity until she moved to Washington, D.C. when she was 11. She attributes her social consciousness and inclusive spirit not only to the influence and example of her parents, but also to her exposure to people from different backgrounds in Washington. “I went with my mother to national receptions at embassies, and I grew up surrounded by people from all over the world,” she said. “I was just used to different faces, different colors, different customs and languages. Everything was different. That was my normal. That’s another reason why Guy’s race didn’t faze me. That was completely normal to me.”

She said that her experience living in Washington gave her hope to the future:

I think people hate because they fear, and they fear what’s different. And that’s normal in the animal kingdom. It’s instinctual to fear anything that is different than you. It’s perfectly normal to be afraid of something that’s strange and new and different. That doesn’t mean you have to hate. The way to overcome that is to get together as much as you can, however you can. Be with other people. Mix it up. Do things where other people are so that you have an opportunity to discover that what you have in common is so much greater than any differences you may have. That’s one reason why I love Road Scholar so much. It gets people together from all over the country and all over the world, and everybody’s there for the same reason: to learn.

After her Road Scholar civil rights program, Peggy returned home to Rawlings, Virginia, where she had moved after she retired. “Life here is extremely different,” she said “It was only 125 miles further south, but I felt like I had moved back 125 years.” Peggy is actively involved in her church and community, organizing events to bring the black and the white communities together. “I’m just trying to be a liaison between the two races in the community,” said Peggy. “It’s not easy. It takes a while, but I am working on it.”

The Road Scholar Civil Rights Conference has gone virtual! Join us during a multi-day online program to learn from the same educators and foot soldiers that Peggy was impacted by on her program. See the itinerary 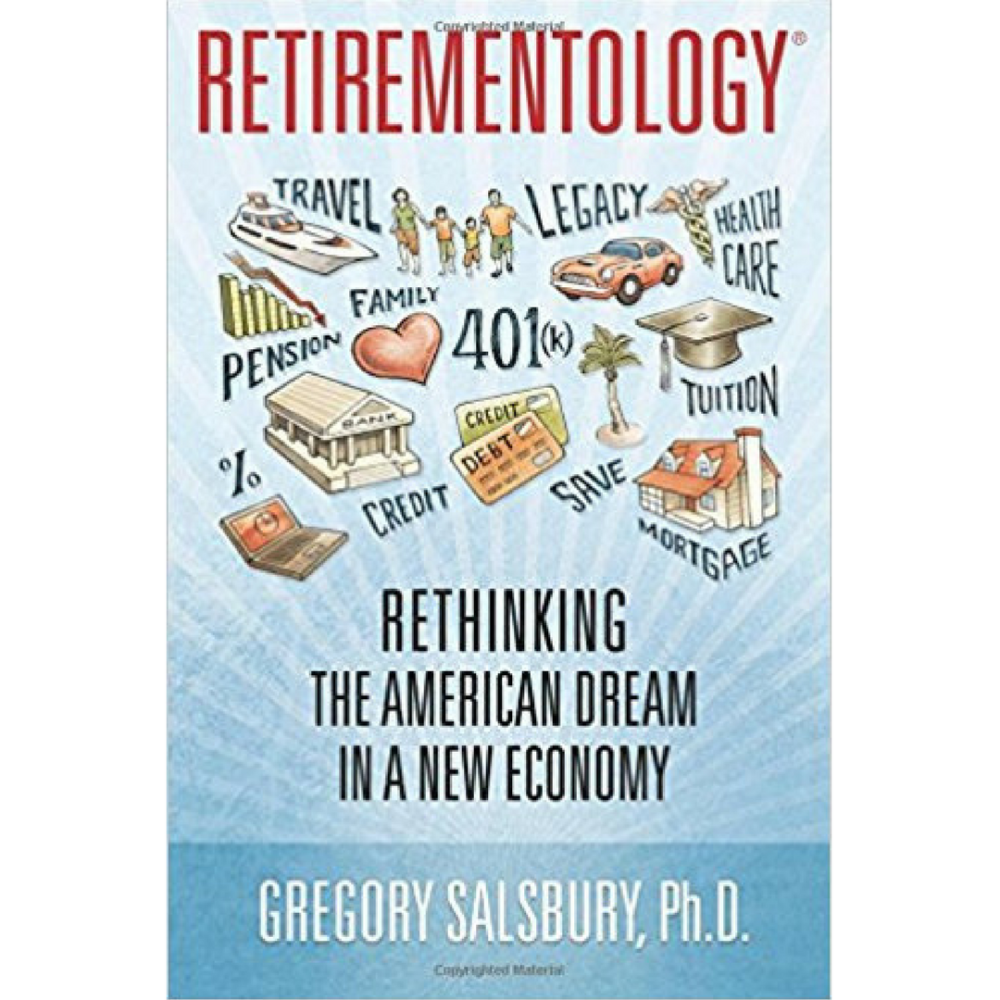 Rethinking the American Dream in a New Economy 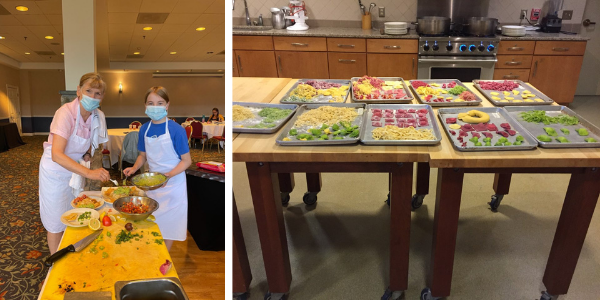