The age at which we retire has traditionally been linked to cultural norms and external factors such as the availability of a company pension, health care and Social Security retirement benefits. Pensions were designed to incentivize long-service with a single employer while also establishing formulas that would provide reliable incentives for employees to eventually retire. While there has been a dramatic shift from a manufacturing economy to one based on the delivery of goods and services, the decision to retire based on attaining a set age remains stubbornly persistent. As the self-funded and self-managed retirement replaces traditional lifetime pensions, fresh thinking has emerged on how to manage the risk of outliving one’s assets. Rethinking retirement as a ratio of working years to leisure years is beginning to gain acceptance as a more thoughtful way of addressing this and other retirement risks.

In the 1950s a 65 year old man had a life expectancy of about 13 years. Advances in medical care and healthier lifestyles have helped increase that number substantially, so that today’s 70 year old man can expect to have about that same number of years ahead of him. The average woman in the same age cohort has fared even better and may expect to live to approximately 85 years of age. Yet, despite this, the median retirement age for men has decreased from 65 to 64 and is a full two years younger for women. This combination of increased longevity and the decline in traditional pensions has stretched the length of retirement for many, and increases the risks associated with unplanned health care costs and outliving accumulated savings.

The age at which we retire should be based on a thoughtful analysis of our life expectancy, social and lifestyle factors and financial resources. Using this approach instead of anchoring retirement to a set age, helps ensure that a manageable ratio of working years to retirement years is maintained as life expectancy increases, and can help mitigate many of the risks associated with aging. For example, a ratio of three working years for each year of retirement would increase the average retirement age of most college-educated workers to approximately 67 or 68 years, enabling them to save more for retirement and defer Social Security worker’s benefits. These deferrals may be especially beneficial for a surviving spouse, who may be younger and have a longer life expectancy.

Retirement income planning must also consider the feasibility of continued work and existing incentives that continue to encourage early retirement. Generally, those workers that are better educated, and serve in a critical role will have the most control over the timing of their retirement. Workers with less marketable skills, as well as those with impaired health, often have little control and may be forced to retire. Additionally, the availability of Medicare and Social Security benefits may encourage an earlier retirement age. While some of these risks are unavoidable, others may be addressed through planning. Maintaining job skills and professional networks along with a healthy lifestyle can help counter some common risks. Separating the decisions about when to retire and when to collect Social Security benefits is also critical. Social Security is the primary source of income for many retirees, and provides a safety net for older retirees that have outlived their assets. The decision on when to claim benefits should be made independently of the decision on when to retire, and should consider the value of this “longevity insurance.”

At its core, retirement is a decision  of whether to trade working time for leisure time. The desire to trade, or not trade, may be influenced by a variety of factors, including the amount of enjoyment we derive from our work, the social identity and relationships attached to the workplace and the vision, or lack thereof, for how we plan to allocate our time. A well-planned retirement will consider all of these factors, as well as how to pay for them. The thoughtful selection of when to retire is a critical component of your retirement income plan and should be thought of as more than just a number.

Interested in a 15 minute free consultation? Submit a request, here.

10 Levels of Financial Independence| How to Retire Early 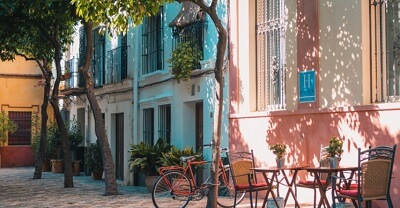