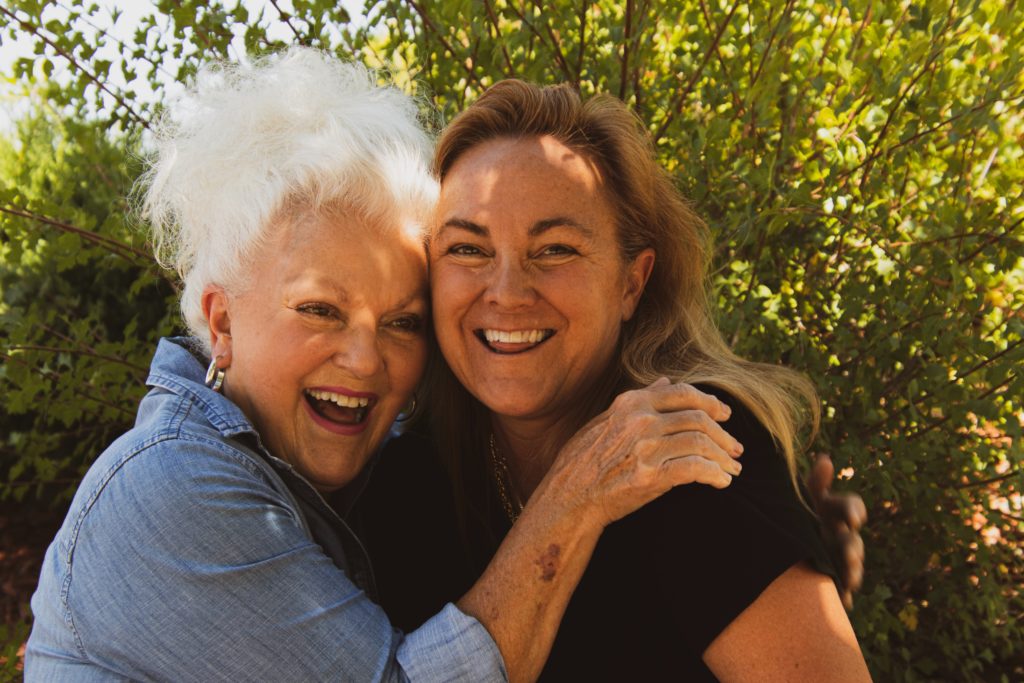 How to stay socially active as we age

As humans, it’s our connection to others that enables us to survive and thrive.

When we’re younger, life brings us opportunities to make new social connections without us needing to put too much thought into actively seeking them out, whether that’s at school, college, in the workplace, or meeting other parents through our kids.

At some point, however, those opportunities stop happening. And at the same time, there are plenty of factors that make our social circles shrink as we age. Friends can drift apart; you might move to a brand new city; divorce plays a role, and of course, we can lose friends because of illness and even death.

In this article, we explore why it’s essential to stay socially active as we age, and what benefits we can reap from doing so:

We’ve been told time and again that access to clean air, exercising regularly, adhering to a sensible diet, and quitting smoking and alcohol all play essential roles in helping us lead long, healthy lives.

However, an increasing body of research is proving there is another factor that is just as important if we want to live long lives — our social connections.

Pinker traveled to Villagrande, the epicenter of Sardinia’s ‘blue zone’ or area where most centenarians reside, and discovered that while genes accounted for 25% of Sardinia’s high longevity rate, the remaining 75% was lifestyle.

Villagrande was not a classically beautiful village; it was characterized by a high-density environment with villagers practically living on top of each other.

This meant that the lives of the Sardinians constantly intersected; people were always surrounded. Speaking to the centenarians, Susan noticed they were never alone – family members, friends, and neighbors were always stopping by. They were not left to live solitary lives.

Not far from Sardinia is the isolated island of Ikaria in Greece, where many SuperAgers reside. (SuperAgers are people 80 and older who exhibit cognitive function comparable to that of an average middle-aged person.)

Dr. Archelle Georgiou studied the SuperAgers on this island and saw that they were constantly surrounded by family, neighbors, and other community members. They all actively supported each other.

More than that, Ikarians connected almost every evening to destress and speak about their worries from their day.

Think back to a time when you were going through a difficult situation. Did you confide your problems to a friend? Could you speak freely about your issues with a loved one?

If yes, then you know how relieving it is to share your problems with someone. Even if they are unable to offer you a solution or advice, there is something liberating about unburdening yourself to someone who listens without judgment.

Psychologist Susan Pinker says that simply making eye contact or shaking hands with someone is enough to release oxytocin which lowers our cortisol levels, which in turn reduces our stress.

If simply making eye contact or shaking hands has that effect, you can imagine the impact of being socially active on a regular basis!

Reduces the risk of dementia

Are you someone who loves to catch up with your friends on a regular basis? If so, you’re doing wonders for your brain health! In particular, you’re helping to reduce your risk of developing dementia.

Dementia is not one specific disease; it describes a collection of symptoms caused by disorders affecting the brain. There are many different forms of dementia, and each has its causes. The most common types include Alzheimer’s disease and Huntington’s disease.

According to research published in 2019 by the University College London, 60-year-old people who connect with their friends almost daily are 12% less likely to develop dementia than those who only see one or two of their friends every few months.

“We examined social contact with both friends and relatives and found that it was contact with friends, rather than relatives, which seemed to be protective,” Andrew Sommerlad, PhD, and lead author of the research study, told Healthline.

60-year-old people who connect with their friends almost daily are 12% less likely to develop dementia than those who only see one or two of their friends every few months.

“This may be because contact with friends is more cognitively stimulating, or simply reflect that we can choose how many friends we have, but we have less control over how many relatives we can see,” Sommerlad goes on to say.

“It is most likely that social contact is beneficial by building cognitive reserve, meaning greater resilience against the damage which occurs in conditions like dementia, so that people have well-developed language and memory skills which help them cope for longer and delay the problems caused by dementia,” said Sommerlad.

If you are concerned about cognitive decline and developing dementia, Sommerlad maintains that alongside managing your cardiovascular health and being physically active, you should endeavor to stay socially active.

Reduces the risk of loneliness & isolation

Research conducted by the late John T. Cacioppo, Ph.D. (former director of the Center for Cognitive and Social Neuroscience at the University of Chicago) found that people who experienced social isolation and loneliness were at a higher risk of developing certain physical and mental conditions. The conditions included high blood pressure, obesity, heart disease, anxiety, depression, Alzheimer’s disease, a weakened immune system, cognitive decline, and even death.

Loneliness is so detrimental to our health that it has even been deemed the “epidemic of the 21st century.”

The good news is that it’s not all doom and gloom.

Engaging in meaningful activities with friends and family on a regular basis plays a critical role in helping us combat feelings of loneliness and social isolation, and by extension, helps ward off a host of mental and physical disorders!

No matter how old you are, it’s never too late to reconnect with old acquaintances or develop new friendships. If you’re interested in the latter, there are many social groups, clubs, and interest-based organizations you can join. Stitch is one such community, dedicated to connecting like-minded individuals who are over 50.

A 2016 study by the University of Missouri-Columbia explored the relationship between sleep and social participation for older adults.

Chen then compared this data to sleep outcomes measured by actigraphy – wearable wrist sleep trackers. Results showed that older adults with greater levels of social participation were getting better sleep!

Fosters a sense of belonging

Regular social activities can help you build a sense of belonging, and build a stronger support system through the micro-community you form around the activities you enjoy. This is particularly true where those activities occur on a regular or semi-regular basis with the same groups of people.

Attending a single activity, for example, can be enjoyable and bring social benefits, but typically isn’t sufficient to create long-lasting connections with the people you meet. By attending a series of similar activities with the same group of people, usually with people who share similar interests, a sense of shared identity and purpose will often develop over time.

Part of the reason for this is that you learn that others depend on your attendance in order for the activity to happen, just as much as you depend on them.

In the Stitch Community, we’ve been lucky enough to see this sense of shared purpose and community develop in an incredible array of Stitch interest groups involving members from right around the world: from walking groups to philosophers, game-players, and food connoisseurs. Members who attend these activities on a regular basis form an important sense of belonging with other members of the group, which in turn helps them create a shared sense of purpose.

If you’re looking to make new friends and stay socially active, consider joining Stitch, the world’s leading companionship community for anyone over 50, connecting its members through activities, interest groups, events, and more. Sign up for free today!

A Guide to Authentic Health and Successful Aging 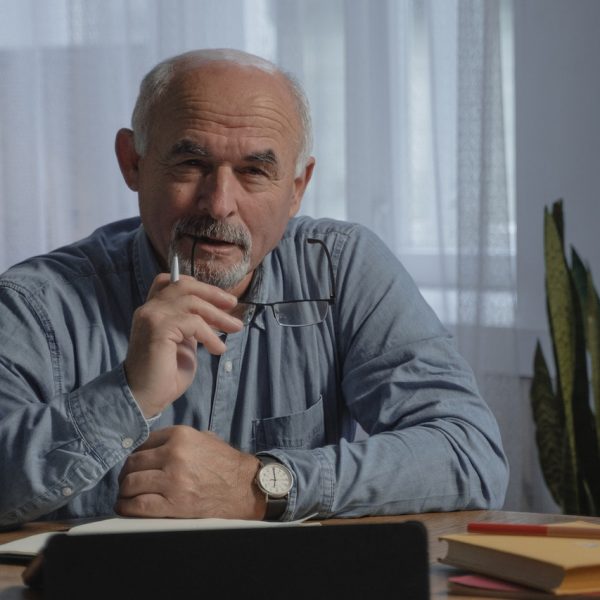 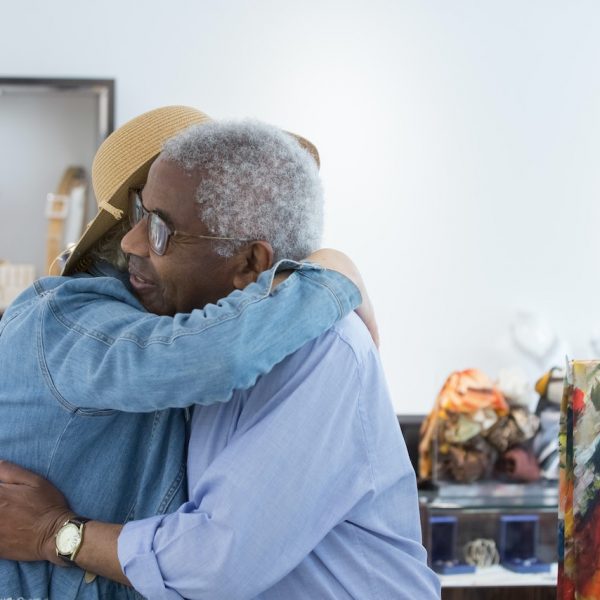 Let’s Work Together to Fight Ageism