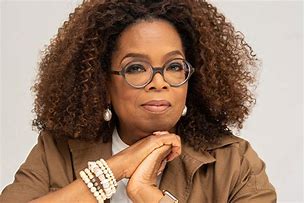 Get Ahead by Blocking Out Obstacles

“I Never Promised You a Rose Garden” is the title of a book that reminds me that life is full of obstacles and adversities. How we choose to respond to them, is the challenge we all face.

Oprah Winfrey was born into poverty in rural Mississippi to a single teenage mother and later raised in inner-city Milwaukee. She has stated that she was molested during her childhood and early teens and became pregnant at 14; her son was born prematurely and died in infancy. Yet she went on to become American talk show host, television producer, actress, author, billionaire, and philanthropist.

Viktor Frankl was an Austrian neurologist and psychiatrist who lived through the Holocaust as a prisoner of one of the worse concentration camps, Auschwitz. There, his search for life meaning became his central human motivational force and he turned it into a new school of psychotherapy called logotherapy. He recognized that “between stimulus and response there is a space. In that space is our power to choose our response. In our response lies our growth and our freedom.”

Recently, Investor Business Daily published a story on Carol Greider, a Nobel Laureate whose “tenacity helped her unlock one of nature’s mysteries”.  She is dyslectic; her mother suffered from depression and committed suicide when Carol was just six years old. Yet she went into science (a field not very friendly to women when she grew up) and earned a doctorate in molecular biology. She tenaciously worked on her research related to a part of the brain, called telomeres, where she tried to understand its enzymes.  Despite years without success, she eventually discovered the enzyme and called it telomerase. (Today Alzheimers and other dementia researchers are using the findings to help patients). For her research and tenacity, Dr. Greider was awarded the Nobel Prize in Physiology/Medicine in 2009.

When asked how she successfully navigated the obstacles she faced, she said:  “I learned (from those experiences)… how to focus and to not see obstacles as obstacles, (I was) able to just go forward no matter what else was going on around me that might be crazy. It was a skill I learned early on, a compensatory skill I developed. (Italics added).”  To achieve success, we all must do the same thing.

She gifted us with some very useful career advice for anyone who wants to make a difference in the world. We often say find a way to work in the intersection between your “passion and purpose”. She agrees. “Stop chasing areas you think are going to be hot. It isn’t a good idea. “Find something you’re actually excited about and it’s interesting. Then you’re going to have a lot more fun.”

And, as Sir Richard Branson, who has dyslexia and dropped out of school at 15, and went on to create the Virgin Group, teaches us, “fun is one of the most important – and underrated –ingredients in any successful venture.”

How do you handle adversity and obstacles? What’s your compensatory skill?  Are you building a life where you can enjoy the intersections of passion and purpose, or are you trading off one for the other? Who do you discuss these issues with?  What would your older-wiser-self tell you about your life journey if you aren’t learning how to integrate them?  Share with us!

Elder Abuse: Be A Part of the Solution 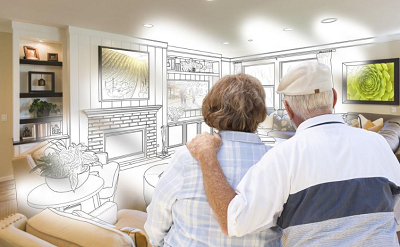