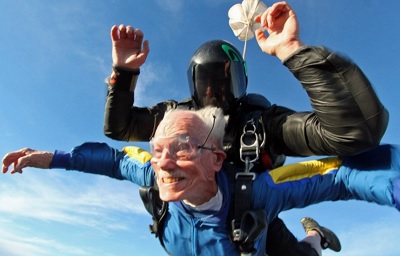 “I’m too old for that” is not an excuse. At least it’s not for Al Blaschke, from Texas, and Glenn Quillin from Illinois, both whom skydived on their 100th birthday. These age defying centenarians are proof that age is not a limitation-the only limitation that is holding you back is yourself.

So, why are these centenarians taking a leap off a plane. Moments before the plane took off, there was an accident in which another skydiver made a hard landing in front of Quillins’ family who had gathered together to watch Quillin. But that didn’t stop Quillin as he proceeded as planned.

“The first thing that comes to mind is there’s nothing to hang onto,” Quillin said, after making the jump. “It was just a great jump and I enjoyed every second of it. It was just terrific.”

Quillin was satisfied after he landed, “All you can say is ‘mission accomplished,’” he said. His grandson, Michael Welch was asked to keep his plan a secret but when the plan was presented to the family, Welch said family members and friends were stunned “Some jaws hit the floor,” he said.

“He always keeps you on your toes, wondering what he’s going to do next… I could see him wanting to do this,” Welch said.

Al Blaschke also had no regrets. The first time skydiver wished it could have lasted even longer, he told ABC affiliate KVUE in Austin, Texas. “It was too short,” he said. “I saw more than I thought I would with my eyes. The 100-year-old added that the experience was incomparable to anything he’d done in his lifetime.

Both Al and Glenn, who doesn’t plan on slowing down, aren’t going to let age be a limitation for what they want to achieve in life. After crossing skydiving off his bucket list, Al plans to see the northern light with his nephew. As for Glenn, his plan is to skydive again in the following year. Remember: the only person who is holding back is yourself. Don’t live your life feeling regretful when it’s too late. Do it while you still can!

Are you inspired to take charge and live better? Where are you planning do? Share with the community! Looking for a group to go with you? Visit our forum and look for someone who would be interested in joining your next adventure! 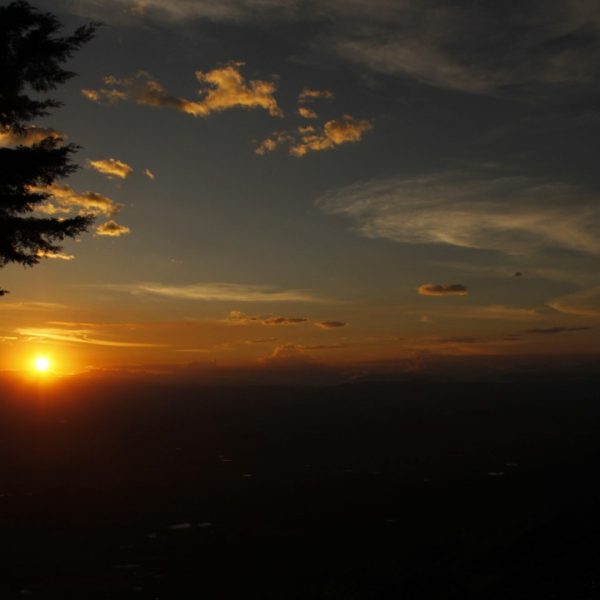 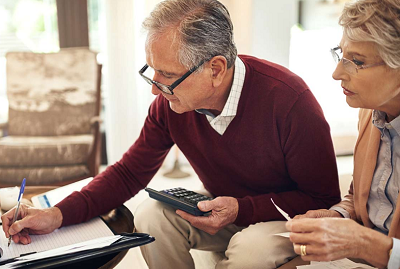 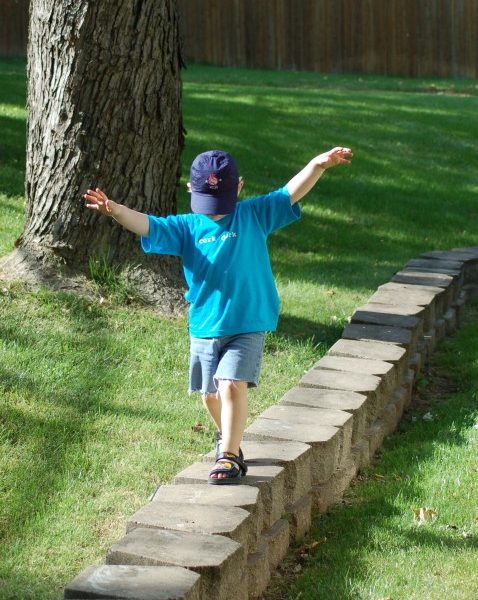 Balance Your Work and Life