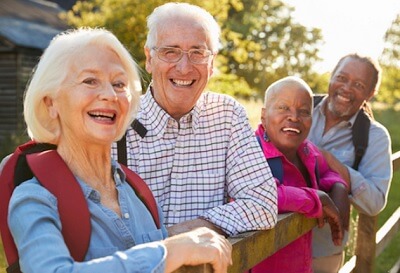 Being Lonely in a Connected World

As we get older, they say those are our “golden years.” It’s is the time to travel and explore the world; to take up a new hobby. But for some, the golden years don’t seem so golden when they have to face it alone. However, a new startup is looking to tackle social isolation while simultaneously providing for older adults a cheaper alternative when traveling.

The Freebird Club is a travel and accommodation service that matches hosts 50 years and older with travelers who are 50-plus. It’s Airbnb, but for the aging population.

The idea was first conceived by Irishman, Peter Mangan, and has recently caught on big in the United States. Mangan says that 45% of new members are Americans, and that number’s growing everyday.

Mangan’s inspiration came while he was hosting his home on Airbnb and Homeaway. Mangan’s father, Owen, a widowed retired veterinarian, was meeting most of Mangan’s guests.

“My father was doing most of the meeting of the guests on my behalf. He was living alone and adjusting to that phase of life. And he was using words like ‘boredom’ a lot,” Mangan told NextAvenue.org. “But what was enjoyable for him was meeting the older guests who came to stay. They’d go to the pub together and go sightseeing and have dinner. There was real bonding. The common denominator was their age group.”

From that the Freebird Club was able to spread its wings.

For roughly $30, people can sign up to become a member and like other hosting services, you pick the price for the room in your home – Mangan says the average Freebird price in the U.S. is $50 to $100.

Not only is it a great service, but it tackles two growing problems for the aging population.

Studies have shown that social isolation and loneliness can lead to increased mortality in older adults. Social isolation can also increase risk of dementia, hospital readmission, and an increased risk of falls. The Freebird Club allows these people to once again make meaningful connections in their lives.

On top of providing a new avenue to social integration, the Freebird Club presents a way for seniors to supplement a new source of income, a growing problem many soon-to-be retirees face in the United States.

According to Mangan, the Freebird Club currently has 3,000 members in 62 countries around the world, with the U.S. seeing the fastest growth. Mangan hopes the service will soon expand into offering not only rental accommodations, but become a full-fledged “meet up center” where people can connect and find things to do together.

Maybe we all – not just seniors – could use a little bit more togetherness right about now.

To learn more about the Freebird Club, visit their website at: Freebirdclub.com

Like to meet new friends via travel or hosting? Request a free voucher to join the Club

Leaving Behind Your Legacy Through Storytelling Online Dating Over 50 Not Working? 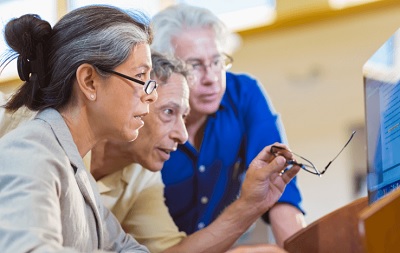 Looking for Something New? Consider Encore a Career College