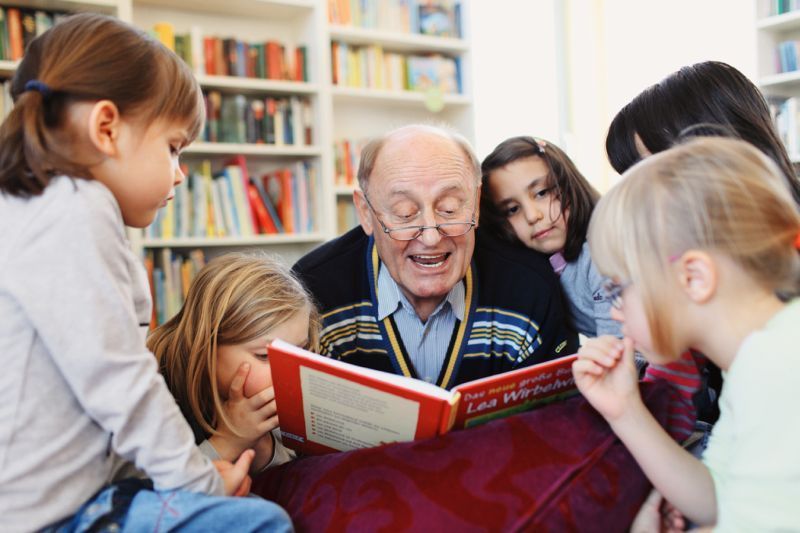 3 Retirees Gives Back by Volunteering with Children

For many, children are everything. Whether they are your own, those you teach, or those you know through neighbors and the like, children bring a joy unlike anything else in our lives. For many, especially those who worked with children, retirement doesn’t just mean an end to work, but more importantly an end to working each and everyday with one of the greatest joys imaginable. Thus, if this sounds like you, and you would like to find a way to keep working with kids in retirement, or want to start now that you have more free time in retirement, here are three examples of retirees who have found ways to work with children.

Lorraine Miller – President of The PTA

Over a career that spanned 36 years, Lorraine Miller was a public school teacher who served as an educator, role model, and friend to students anywhere from kindergarten to ninth grade. When she retired recently, she found that she couldn’t live without the kids that had been such an integral part of her life.

Lorraine had retired from teaching in order to look after her then too young for school grandson. After he enrolled in public school, Lorraine served as a full-time day sitter and caretaker for her daughter’s three children who two years ago began kindergarten. Now again without children to care for, Lorraine as she put it found herself suffering from “empty nest syndrome.”

Noticing this, Lorraine’s daughter suggested she run for the position of the Parent Teachers Association president at her grandchildren’s school. Lorraine successful won the position and spent the entirety of the school year, 10 hours each week, overseeing meetings, planning fundraisers, and answering e-mails.  Under her leadership, parent attendance to meetings rose significantly, due in large part to her suggest of making the parents’ role more interactive.

At first cautious about being older than most of the parents involved, Lorraine says in actuality it’s a nice balance, with the experience that her age brings her working hand and hand with the youthful energy of her parental counterparts.

Lorraine has found her role incredible rewarding and especially treasures her ability to see her grandkids while they are in class and around the school. Finally, this job also doesn’t just tell, but actively shows her grandkids how important their education is to her.

Even at age 84, David Deutchman has no intention of sitting reading books and sipping martinis through his retirement. Formerly, David was the senior vice president of international sales at a marketing firm. However, upon retirement, he almost immediately took up a guest lecturing position at a nearby college.

While the hour or so he spent in the classroom was incredibly rewarding, it simply did not give him enough time, as it may be up to three months between when he would come in and lecture.

During one of those time spans, David was walking by the Scottish Rite Hospital when he decided to inquire about volunteer opportunities. One week later he began as a volunteer. David had no idea what area he would volunteer for, but fate intervened when a nurse saw him holding a newborn baby in the hospital.

Two days, five hours a day, David serves as a surrogate for human contact to babies who do not get visitors on a very regular basis. Citing the numerous articles that relate newborn health and development to human contact, David finds his work deeply rewarding. David stresses that hospitals are very grateful for volunteers, and little to no skill is required to do so.

Pam Fields loves and has always loved baseball games. In addition her full time career as a first grade teacher at the time, when Camden Park opened 27 years ago, pam signed up to be a part-time fan relations staffer there.

\Even though she retired from her teaching position, Pam has no intention of retiring from the ballpark anytime soon.  During the regular season, Pam works roughly half of all games and helps to make sure that fans have an enjoyable experience. Pam will often be standing by the bleachers, ready to hand out stickers, make sure a kid gets the cotton candy flavor he wants, and gives out tips on the best way to get a player’s autograph.

Pam loves that her job, much as with her former teaching position, helps to bring a smile to kids’ faces, and help them foster a love for baseball like the one she has always had. When asked if it was tough to be a retiree working at a baseball field, Pam said it was quite the opposite. She often found that people sought her out for her experience and expertise, which served as a great confidence booster.

If you have too much time on your hands in retirement, or simply aren’t ready to give up working with kids, consider these stories and maybe even some of these same positions at places near you. 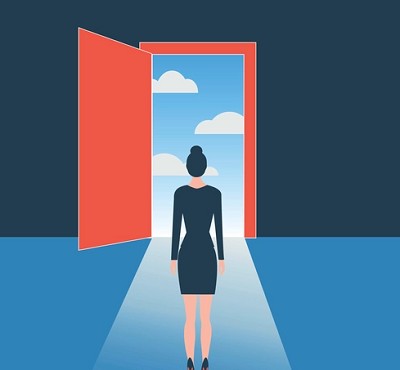 Leaving your Job Is Hard to Do 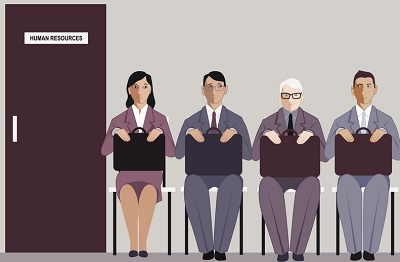 Hiring in the Age of Ageism